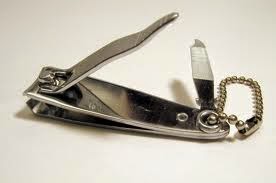 I am not the king of etiquette.  I know that.  However, some people... or in this case, at least one person is worse than I am.  That person was riding the subway with me on Friday.


I was trying to read my book (Ghost Train to the Eastern Star by Paul Theroux--in case you were wondering).  I heard a sound that I instantly recognized--but dismissed as impossible on the subway.  It was a metal clacking sound.  I looked up, and sure enough, it was what I thought.  A woman was trimming her nails on the subway.


Am I crazy?  Is this normal behaviour?


I know I am not the only one who thought this was wrong.  I looked over at the person next to me, and he shook his head in disgust too.


This wasn't some self involved teen, or some homeless person, or some princess type.  This was an average woman, holding a conversation with her friend--who, I might add, had supplied her with the clippers in the first place.  Her friend didn't seem to mind that she was littering the subway (and most likely her friend's coat and purse) with her DNA.


Fair is fair.  The subway is not a bastion of cleanliness.  There is probably already a fair bit of gunge and scum and other stuff floating around.  I can't really think she is making it any dirtier, but I still think what she did was gross.


Amazingly, while searching for images for this post, I typed "clipping your nails on the subway".  Perhaps that was a mistake as so many pictures came up.


Yuck!
Posted by Jackofallhobbies at 12:14 PM No comments: 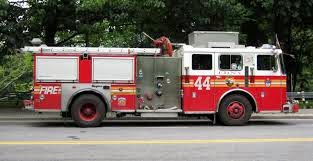 So, there I was, sitting on the bus, and it stopped.  First one fire truck passed us, then another, then another.  I could tell it was something serious.  This was no run of the mill accident.   I waited on the bus for quite a while before deciding to hike around the trouble.


When I passed the big commotion, what I saw was a fire hose blocking the road.  despite the fact that the building that was on fire being located quite a long way away, they had to use a hose that blocked traffic completely.  Does that sound right.  Wasn't there a closer hydrant?  If not, why couldn't they have planned for this possibility and used two trucks to hold up the hose, so there wouldn't be a traffic jam?  That seems possible to me.


I know that the firefighters have a job to do, but where were the city planners in all this?  Has something like this never happened before?  Why hasn't someone come up with a better solution?  I guess all the smart people are off designing the iPhone 6.
Posted by Jackofallhobbies at 11:13 PM No comments:

On my hobby blog post I wrote about having tool lust and wanting to spend money on an pricey bike stand.  I appreciate the response people have been giving me and I am glad that some of you have found that blog and checked it out.  The funny thing is that blog post has had some rather interesting consequences.


With that post, I did spend some time checking out the various bike stands on offer at Amazon.  As a result, every site I have visited recently has had an add (from Amazon) featuring the various bike stands and bike tools that I visited before writing the piece.  On one hand, this is good marketing.  On the other hand, it makes me think that big brother is really watching me, and plotting my life out for me.


I realized this is a function of advertising, coupled with my viewing history.  I know that I am the one responsible, and that no mastermind computer is tracking my every move, or anticipating my every move.  However, maybe that day isn't as far off as it seems.  Maybe one day, you'll walk into a supermarket and half of your car will already be packed for you--the supermarket knowing what you buy every time you shop there.  I already get coupons or bonus points for things they have noticed that I buy a lot of.  (Again, I know I gave them this information.... but still)


Perhaps I go to far... for now.  We'll talk again in a year or two, and then we'll see.
Posted by Jackofallhobbies at 11:27 AM No comments:

Yesterday's Rebels are Nowhere to be Found

Megadeth is playing Casino Rama.  I heard this news on the car radio the other day, and I nearly drove off the road.  I did a double take, followed by a double swerve.  I really hadn't expected to ever hear something like that.


Weren't these yesterday's rebels?  Weren't these a group of antiestablishment types?  I can't be certain, but I am pretty sure playing a casino is about as establishment it gets--okay, it isn't a government agency, but the relationship in is a little closer than it might be elsewhere.


Yesterday's rebels are nowhere to be found.


I shouldn't be surprised.  Perhaps, I shouldn't be as judgemental either.  They were kids when they started down that road.  They had no idea of how the future would unfold.  People grow.  People change.  The romantic in me says that principles shouldn't change and conviction in one's beliefs should remain.


Yesterday's rebels are nowhere to be found.
Posted by Jackofallhobbies at 11:30 AM No comments:

The Next Big Idea with the TTC 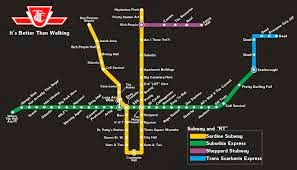 
However, I have a few concerns.  If the same people who are in charge of handing out the disabled parking stickers are in charge of this, there will likely be a lot of fraud involved in this.  I know that sounds bad, but you have to understand where I am coming from.  I have seen lots of people (and even talked to some of them) who are using another family member's parking pass to park in designated disabled spots.  They figure the pass is fair game for anyone who has it.  I can't disagree more.  If you're parking in a disabled spot when you don't need to, you're potentially blocking someone who really needs to be in that spot.


I am all for helping people out with transit.  I use it every day myself.  I still don't know why it is so expensive, or why it costs more when more people use it (I call this mismanagement--perhaps they are paying too much overtime).


I guess the problem that I have is that I don't believe that the people who really need the financial discount will get it, and people who have no need for a discount will somehow find themselves in possession of a discount pass--I am thinking of city councillors who already get a free pass, and then never use it.


Only time will tell if this plan works out.
Posted by Jackofallhobbies at 10:36 AM No comments:

A Change of Names 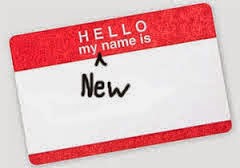 For those of you who have been here before, you might have noticed the name change.  While I liked my original title, it didn't garner the attention that I wanted and some people seemed to need an explanation.  While this isn't bad, from a marketing standpoint, this is just wrong.  It is kind of like that seen from "That Thing You Do" where Tom Hanks explains the name change from the Oneders, to the Wonders--when you think you're being clever, perhaps you aren't.


So, I have changed the name, but not the intent.  I hope this title is more suitable for the blog.  Only time will tell.  I would appreciate any feedback anyone wants to give me.  Don't be shy.
Posted by Jackofallhobbies at 3:01 PM No comments:

GET ON THE ROAD


What is it with people riding their bikes on the sidewalk?  Does this bother anyone other than me?  Do you people actually think it is safer?  I've got news for you, it isn't.


Let's take a step back before the ranting will really continue.  I know, kids on tricycles shouldn't be on the road.  I am not suggesting endangering the lives of children.  No.  Not at all.


I could explain the law to people, but that wouldn't be right.  These adults should already be familiar with the law.  Of course, if the law were to actually ticket these people, maybe they would get the message.  I realize that it isn't feasible--but there might come a day when the provincial government sees the opportunity for a cash grab (imagine that) and decides all adult cyclists need a licence (it isn't as funny as it sounds).  Well see how that turns out.


Bikes on the sidewalk pose a couple of problems, and I grant some of them are exacerbated by walkers.  Usually, if you were to come up behind someone on a bike, you should ring your bell or honk your horn (probably a law) to warn them of your approach.  While I haven't seen any of these modern day road warriors have bells on their bikes (probably spent all their money on overpriced bikes and fashion accessories--see the next blog for thoughts on that), and since most people 30 and under can't go anywhere without their ear buds in, they wouldn't hear it if you did honk.  Seems like a recipe for disaster.


The second problem is for motorists.  When we look left and right coming out of a shopping mall, or store parking lot, we scan the road for fast moving vehicles.  We scan the sidewalk for slower moving objects.  If your closing speed is between a person walking and a car driving, you might get overlooked.  Heck, the way some buildings are designed, we can't see you based on your closing speed.


Get on the road.
Posted by Jackofallhobbies at 10:46 PM No comments:

Cool Blogs You Should Read